Includes 19% MwSt.
plus shipping
Delivery Time: not specified
Additional costs (e.g. for customs or taxes) may occur when shipping to non-EU countries.

This is the electronic version of the german board game “Mensch ärgere Dich nicht” (“Don’t get angry”), a Ludo/Parcheesi variant. You can never loose figures, throw the dice off the table or anything like that. The dice is integrated into the board, controlled by a simple touch interface. And nobody can cheat – except if you flash new software. Lonely evening? No problem, you can add AI opponents or let them play alone and watch the game like a horse race.

Gameplay is rather simple:
Six: move a figure from your base to the start point, if not blocked by yourself. If blocked, you must move the figure on your start position. If all your figures left your base, you can choose any figure to move six places forward. After a move, you can dice a second time.
Try to beat (and bother) the others by hopping on their figures, but watch out for others hunting you! But the real goal is to move all four figures into the home area.

Usage:
Press the “Weiter” (next) button after plugging in a micro USB cable. The dice will pulsate, press the button again to adjust brightness, hold to save. The you can adjust the number of players (tap/hold next). The colors can be adjusted touching/holding the player buttons (dice printing), then hold again the next button to setup the AI-players (toggle human/AI by touching the player buttons, blinking home = AI) and confirm by holding next.
The active player is shown by pulsing figures, lets roll the dice!

There are no reviews yet.

This site uses Akismet to reduce spam. Learn how your comment data is processed. 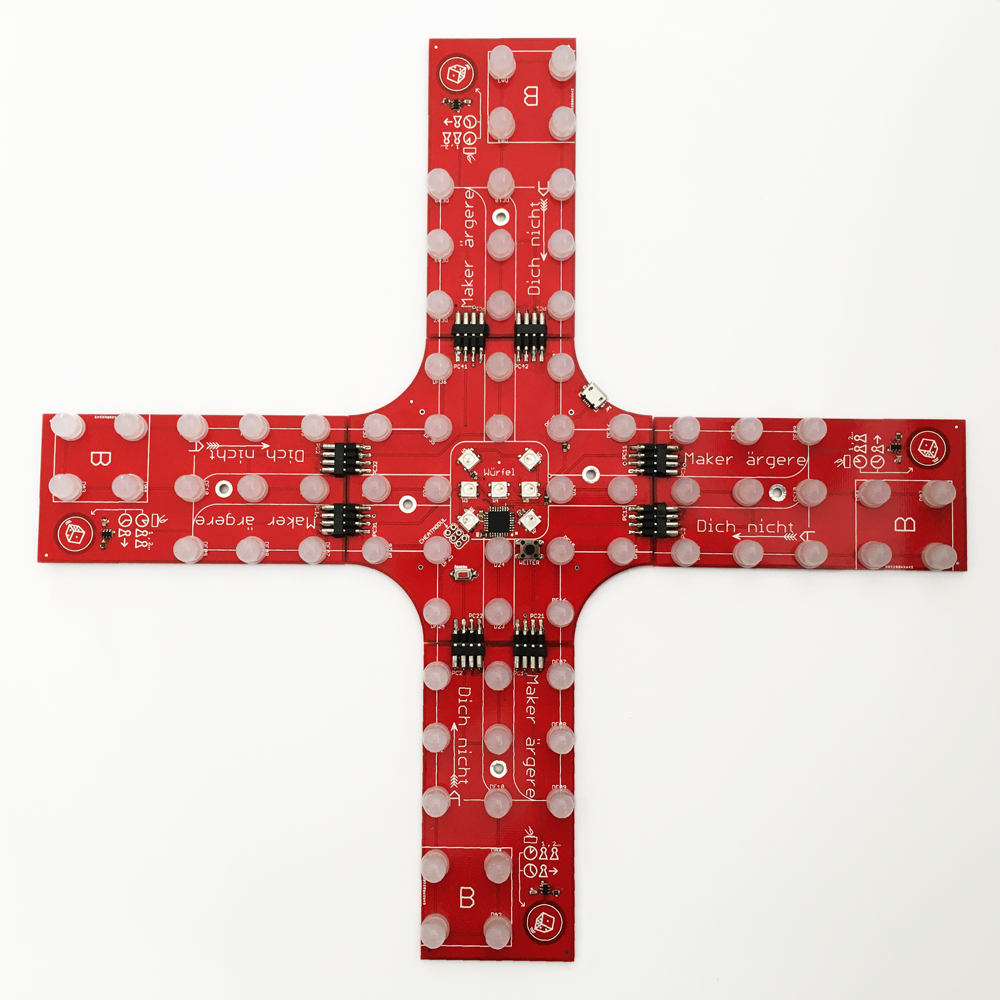